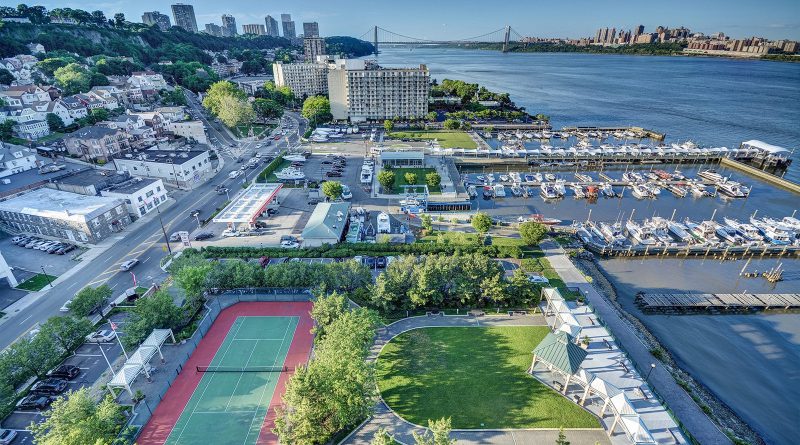 Just north, the Edgewater Commons center with Pathmark, Barnes & Noble, Starbucks and a host of other retailers is within walking distance. Just south, a new movie theater has already been built, with a promise of a development of an entertainment and upscale shopping center.

Stroll along the magnificent Hudson Riverfront Walkway along the eastern edge of the property with views from the GW Bridge to the downtown Manhattan skyline and you’ll discover why so many people have come to call Independence Harbor their home.

Edgewater is located in North Bergen, New Jersey, located directly across the river from New York City. From humble heavy-industry beginnings Edgewater has become one of the gold coast’s top successes in both residential and small commercial industries.

The EPA takes action in Edgewater to protect the Hudson River. A local site, that was formerly utilized by heavy industry, is now declared a “Superfund” site, which leads to federal clean up.

Edgewater now has a scheduled ferry service that goes to the West 38th street ferry port every few minutes during rush hour. The boarding dock is located in the Marina, in the North end of the Edgewater town.

Other major local building co-ops, condominiums and developments include:

February 28, 2019 multisiteadmin Comments Off on Edgewater Local Information
About Sidebar

March 1, 2019 multisiteadmin Comments Off on Apartment and Townhome Rentals At Independence Harbor
About front page

February 25, 2019 multisiteadmin Comments Off on Housing Units
Condo Board Sidebar