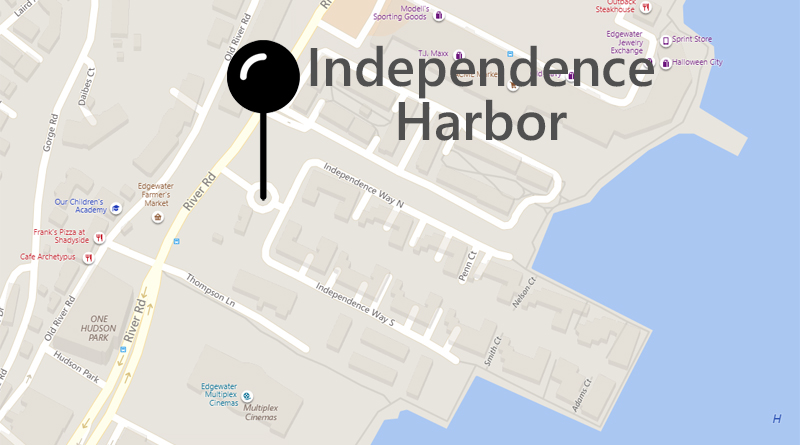 Where is Independence harbor and how to we get there from Manhattan? Below we have listed directions for how you can get to Independence Harbor using various routes.

How to Get to Independence Harbor…

Directions From the New York via the Lincoln Tunnel:

Directions From New York via the George Washington Bridge:

Take the upper level of the bridge. Take the second exit right after coming over the bridge which says “Fort Lee – Hudson Terrace.” Go down the hill to the traffic light. At the traffic light, make a right turn under the bridge, which will put you on Hudson Terrace. Go straight and Hudson Terrace becomes River Road. Continue approximately 4 miles; Independence Harbor is on the left-hand side about 500 feet south of Edgewater Commons shopping mall (Mc Donald’s and Barnes and Noble are good landmarks to watch out for).

Take any of the above towards the George Washington Bridge. Take the exit before the toll which says “Fort Lee – Last Exit in New Jersey”. Follow that exit straight, which is Bridge Plaza South, all the way to the end (approx. 4 blocks). Make a right turn onto Hudson Terrace which becomes River Road. Continue approximately 4 miles; Independence Harbor is on the left-hand side about 500 feet south of Edgewater Commons shopping mall (Mc Donald’s and Barnes and Noble).

Catch the ferry from the New York Waterway ferry terminal at the West Side Highway and 38th street in Manhattan to Port Imperial in Weehawken (Cost $5 and the ferries run every few minutes). When you arrive, take a taxi from the taxi stand (Or bus number 158) to Independence Harbor in Edgewater (Cost $4 or the bus is $1.80). The last ferry back to Manhattan is at 1:00 AM on the weekends.

February 25, 2019 multisiteadmin Comments Off on Buildings
About Sidebar